Human Rights in Iran – On Saturday, May 23, 2020, citizens living in a district called Gheizanieh located in the southwest of Ahvaz, and one of the three districts and also the largest part of Ahvaz, are deprived of access to urban facilities including drinking water and other urban welfare services.

According to Human Rights in Iran, on Saturday, May 23, 2020, Gheizanieh district in Ahvaz of Khuzestan province, even though having the largest underground resources and other national wealth, the native-born inhabitants of this section, like most areas of Khuzestan province, are deprived of civil amenities and facilities. These citizens have no access to drinking water. The inhabitants held a protest rally on Saturday, which was followed by the use of firearms to further suppress the protesters following the attack of security officers and battery against citizens. Currently, many citizens living in Ghazanieh are detained by security forces.

Karim Dahimi, a human rights activist, confirmed the news: “Gheizanieh is located 40 kilometers far from Ahvaz and is an area full of hundreds of Oil wells and 20 significant petrochemical, oil and gas companies. Unfortunately, the residents of this district, living in 86 villages, for several years complained about the lack of facilities and drinking water not even to local authorities, but also to the President and MPs in Tehran but received no reply whatsoever. Instead of paying attention to the problems of the Ghazanieh inhabitants and providing them the facilities they deserve and meeting the demands of these citizens, the authorities, the governor, and other officials of Khuzistan province open fire at them or arrest them.”

Dahimi added: “Despite all these follow-ups and the ignorance of the officials, these citizens held a protest rally in 2019 and blocked the road demanding access to drinking water, but Khuzistan authorities, including the governor’s office and Other officials, do not accept responsibility for the mentioned affairs and handed over the services to the contracting companies. After the changes and developments in the authorities of these water supply companies, the services to the citizens of Gheizanieh in Ahvaz has not been granted yet.”

This human rights activist indicated: “I spoke to people who live in the Gheizanieh and they mention that the problem of drinking water is related to previous years and we have complained against this problem and tried to solve the issue through a civil and modern way many times. We have even talked to Gholamreza Shariati, the governor of Khuzistan, and he promised to keep tracking of it, but unfortunately, the evidence suggests that the authorities and the security services are trying to put pressure on us, the farmers and residents of this district, to emigrate from this area, and their goal is to achieve and dominate this oil region.”

“We will not abandon our agricultural lands and villages, and the provincial officials and MPs are responsible for providing welfare facilities to the citizens of Gheizanieh in Ahvaz, otherwise we will continue our protests,” the protesting citizens told Karim Dahimi.

Karim Dahimi also spoke about the existence of oil and gas facilities and underground resources in Gheizanieh, Ahvaz. According to Tasnim News Agency, at present 600 Oil wells are located in this area, and production of 2 million barrels per day of Iran Oil is from there. Maroon companies from 1 to 6, Karun’s subsidiary companies that are active in the petrochemical industry, are in Gheizanieh district of ​​Ahvaz, but the native inhabitants live in absolute poverty and deprivation, even of drinking water.”

It is worth mentioning that a protest rally was held in Gheizanieh, Ahvaz, by the residents of this area yesterday, and we would like to draw your attention to see some parts of this protest rally. 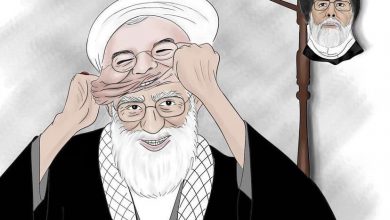 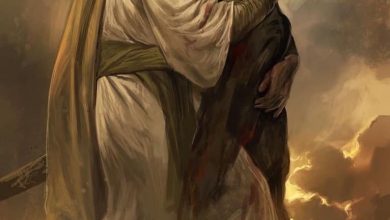