On Sunday, May 24, 2020, Soheila Hejab, a political prisoner who had previously been released on bail and temporarily released until the court’s final verdict, was released after a hearing in Branch 36 of the Tehran Provincial Court of Appeals, was arrested by IRGC agents and transferred to Qarchak Prison in Varamin.

This political activist was first arrested in Shiraz for the first time on December 28, 2018, and was transferred to Adel Abad Prison in Shiraz after being interrogated and completed.

At the beginning of the trial, the Shiraz Revolutionary Court sentenced her to two years imprisonment. The sentence was upheld by the Court of Appeals. After serving five months of her two-year imprisonment in Adel Abad Prison, she was pardoned. The pardon was conditional and she was released.

On March 14, 2020, Soheila Hejab, a political activist who has been detained by the IRGC’s intelligence service (SAS) since June 2019, was temporarily released on bail of more than 3 billion tomans after spending more than eight months in detention.

On March 18, 2020, Soheila Hejab, a citizen of Kermanshah and a political activist, previously found guilty and sentenced by Branch 28 of the Revolutionary Court of Tehran, headed by Mohammad Moghiseh, with charges of “propaganda against the regime, gathering, and collusion, disturbing public opinion with the intention of rioting, the formation of a women’s rights group, Request for a referendum, and a constitutional amendment were tried and sentenced to a total of 18 years in prison. If the verdict is upheld by the Court of Appeals due to Article 134 of the Islamic Penal Code “aggregation of crimes”, She has to do her time for 7 years and 6 months in prison on the charge of “gathering and collusion”.

On Sunday, May 24, 2020, Soheila Hejab, a resident of Kermanshah, released on bail since March, after a long uncertainty and a court hearing, While the first-instance court’s decision was delivered to her, was set free on bail and temporary detention. She is arrested after being summoned to Branch 36 of the Tehran Provincial Court of Appeals by officers of the Sarollah Camp of the Revolutionary Guards and severely beaten. She was transferred to the women’s ward of Qarchak Prison in Varamin.

An informed source said: “On Tuesday, she was Summoned to hearing in Branch 36 of the Tehran Provincial Court of Appeals to present her defense, according to a notification delivered to Soheila Hejab. On Saturday of this week, after she was presented in the Court of Appeals and the trial was heard while leaving the building of the Court of Appeals, she was under arrest by several plainclothes officers of Sarollah Camp of the Revolutionary Guards and after her arrest, transferred to the women ward of Qarchak Prison in Varamin. Her former interrogator dragged her with her hair on the asphalt of the street and pushed her in a car, and during her arrest she was threatened of making a new case against her. Considering the sayings of security officials, Soheila Hejab will be transferred to the Revolutionary Guards’ safe houses in the coming days and will be interrogated in connection with a new case on charges of “encouraging others not to wear the Hijab”.

On May 19, 2020, Soheila Hejab Bidsorkhi was summoned by Branch 36 of the Tehran Provincial Court of Appeals to attend a hearing and present her defense on May 23, 2020.

She has sent a voice message from Prison you can listen to here.

Iran on the hotline of the revolution 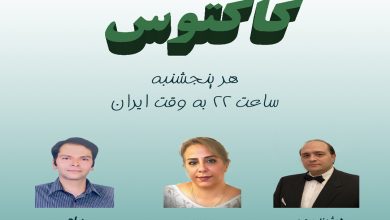